See National Right to Life News Today for published version of this article.

Answer: Only in Washington, DC.
Answer: When the organization submits to the Obama administration's political ideology and a more qualified grant applicant does not.
Answer: Abortion.

A grueling December 1 hearing by the House Oversight and Government Reform Committee revealed the disturbing answers to these questions, in the process infuriating Republican committee members and others concerned with aiding victims of human trafficking. 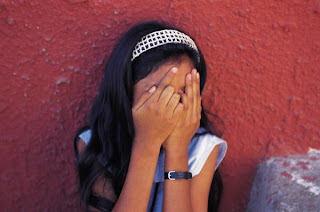 By the end of an over three-hour long grilling of U.S. Dept. of Health and Human Services (HHS) officials, one message had become clear about the Obama administration's criteria for receiving the $4.5 million in federal grants for trafficking victims services:
Pro-life groups need not apply.
Withering questioning and comments by majority party committee members included expressions of disgust, dismay and even unusually salty language by a clearly frustrated committee chair, California Republican Darrell Issa. Yet HHS officials under fire stubbornly accepted no responsibility for bias or wrongdoing--either for stipulating that "strong preference" would be accorded to grant applicants willing to participate in abortion and other controversial "services" or for awarding the grants to applicants deemed by objective reviewers to be poorly qualified.

Internal HHS documents obtained by the committee revealed that two organizations awarded grants by HHS officials--Tapestri and the U.S. Committee on Refugees and Immigrants (USCRI)--had submitted applications that received significantly lower scores by independent review panelists than did the application submitted by the pro-life U.S. Conference of Catholic Bishops (USCCB). The Tapestri application earned a score of just 74 out of 100; USCRI's application garnered only 69; while the USCCB application received a score of 89.
The radically pro-abortion Obama administration had set up the weighted grant process by introducing new language to a grant program introduced in the Bush administration to aid victims of human trafficking, or modern-day slavery. The funding opportunity announcement for the "competitive" grant stipulated:
"The Director of [the HHS Office of Refugee Resettlement] will give strong preference to applicants that are willing to offer all of the services and referrals delineated under the Project Objectives. Applicants that are unwilling to provide the full range of the services and referrals under the Project Objectives must indicate this in their narrative ...."
The stipulations added that "…preference will be given to grantees under this [funding opportunity announcement] that will offer all victims referral to medical providers who can provide or refer for provision of treatment for sexually transmitted infections, family planning services and the full range of legally permissible gynecological and obstetric care..."
Translation: Participate in abortion or forget the grant.
For five years, the Migration and Refugee Services (MRS) department of the bishops had provided inarguably exemplary services for human trafficking victims, apparently without a single report of objection to the fact that the bishops did not refer for or otherwise participate in abortions because of faith-based moral convictions. Nearly half the victims served by MRS were males for whom gynecological services were obviously irrelevant.
George H. Sheldon, Acting Assistant Secretary of the Administration for Children and Families, testified that USCCB "provided strong performance under contract they had" and "has been extremely cooperative" in transitioning care to the newly funded groups. He also did not dispute the scores, saying, "I think reviewers did a very good job."
Yet Sheldon refused to admit any regret for his decision to overrule the clear recommendations of the independent expert panelists and deny the USCCB funding solely on the basis of its religious objection to abortion. Sheldon's decision to deny funding on the basis of merit and the collusion of top HHS officials in that decision clearly infuriated Rep. Chris Smith, the New Jersey Republican who authored the law on human trafficking that had provided for the grant funding.
"In what can only be described as an unconscionable abuse of power," Smith seethed, "the Obama Administration has engaged in what amounts to bid rigging; denying taxpayer funds to a demonstrably superior organization—the U.S. Conference of Catholic Bishops (USCCB)—with an exemplary, ten-year track record of performance that scored significantly higher in independent HHS reviews than two of the three NGOs that got the grant."


Oklahoma Republican Rep. James Lankford wryly noted that the expert grant application reviewers had gone to extraordinary lengths to highlight the inadequacy of the application by USCRI, despite the fact that its former vice president and chief financial officer, Eskinder Negash, had recently taken on a position as director of the Office of Refugee Resettlement–the very office overseeing the grant. Although Negash had recused himself from the actual grant decision, the department’s supposed objectivity was called into question by the fact that his former organization won a sizeable award–nearly $2.6 million–despite its low score by reviewers and the tiny organization’s obvious lack of institutional capacity and financial management competence.

Although Congress had come together over the years in rare bipartisan efforts to combat human trafficking by passing Smith's bill, the obvious bias recently demonstrated by HHS in the grant process, Smith warned, "will severely undermine confidence of the public and of Congress."
Chairman Issa warned that if the grant discrimination were allowed to stand, discriminatory HHS policies could easily expand to the point where in all of its programs "HHS can have a strong preference against doctors who are not willing to provide abortions."
One has to wonder why the Obama administration would insist on playing the abortion trump card, given the potential political fallout (even the normally sympathetic Washington Post exposed the corrupted process) and the fact that the abortion clause in the grant guidance was not even necessary for human trafficking victims to attain abortions.
As Rep. Issa pointed out, as soon as an organization refers victims to a medical professional or institution, federal medical privacy laws take effect, and both patient and physician would be free to pursue an abortion without the knowledge or approval of the referring organization.
Rep. Ann Marie Buerkle, New York Republican, protested that under the new abortion referral requirement, "Now we are going to ask 12-year-olds to make life-changing decisions. You don't know the trauma of abortion. This will only add to the trauma already experienced by the victims."

The decision to insist on submission to its abortion ideology as a condition for federal grants illustrates the depth of the administration's radical abortion policy and its increasingly obvious disdain for conscience rights and religious freedom. That animus has been reflected in the administration's gutting of the only federal regulation protecting conscience rights in health care; by a recent HHS rule mandating the nationwide provision of controversial, life-ending contraceptives; and by the administration's intervention in a Supreme Court case (Hosanna-Tabor Evangelical Lutheran Church and School v. EEOC ) to lobby to limit the hiring freedoms of faith-based organizations.
Michigan Republican Rep. Tim Walberg warned that the biased grant process sends a dark message to faith-based organizations: "On the basis of strongly held religious or moral belief, you will be discriminated against."
Whether or not HHS officials technically broke federal law in the biased grant process remains to be determined.
Rep. Kelly concluded, "There is a huge difference between what's legal and what is right."
Meanwhile, what's right for the desperately needy and traumatized victims of human trafficking has been tragically lost in a political determination to advance abortion ideology.
By Jonathan Imbody at December 07, 2011

That's too bad... they both seem like quite serious issues.
-Jon @ human services software

From the U.S. Department of Health and Human Services: "President Donald J. Trump has kept his promise to defend the constitutionally p... Organized in 2009, Freedom2Care advances the value of human life and freedom of faith, conscience and speech.
Freedom2Care's mission is to educate, equip and motivate citizens ​to advocate for First Amendment freedoms, policy makers ​to uphold life-honoring principles, religious freedom and conscience rights, and the healthcare community
​to protect the freedom to adhere to standards of medical ethics.
Blog posts are by Jonathan Imbody, Director of Freedom2Care and Director of Federal Government Relations for the Christian Medical Association. The author of Faith Steps, he has published over 100 commentaries in The Washington Post, USA Today, USA Today, New York Times, San Francisco Chronicle, World, Chicago Sun-Times, and many other national publications.